Home > Who Has the Power to Cut Drug Prices?

Who Has the Power to Cut Drug Prices?

Why do medications cost so much, particularly specialty drugs that treat the most serious conditions? Mostly because U.S. drug companies can price them however they want. Some of their justifications are reasonable — for instance, high prices fund research. Others, like the notion that drug treatment lowers total medical costs, are far from proven.

But pharmaceutical companies don’t deserve all of the blame for high drug prices. Lots of other actors in purchasing, distribution, and brokerage have greater incentives to keep prices high than to lower prices or choose drugs that reduce longer-term medical and business costs, like absenteeism.

We believe that employers have the greatest potential to influence some of those actors and, ultimately, to chip away at high drug prices. To appreciate the power that employers have in this area, you must first understand how competing incentives work in the world of drug pricing.

PBMs and insurers may have business objectives that differ from those of their clients. For one, they’re not always at risk for the cost of drugs — the clients are.”

Hospitals, for example, can take advantage of the 340B pricing program, which allows them to buy drugs at 30% to 50% of the retail price but then bill at full price for patients with insurance. And even organizations that, theoretically, are paid to help hold down drug costs sometimes have incentives to do the opposite. Take insurers and pharmacy benefit managers (PBMs), which are hired to manage drug costs for employer-based health plans.

Indeed, it’s smart for employers like GE, IBM, and Google to contract with these specialist entities and have them decide which drug among several competitors their employees should get first, at what cost, and which medical policies should govern the use of that drug. After all, insurers and PBMs can spread the costs for research, negotiation, and decision making about drug-reimbursement policies across all of their clients.

However, PBMs and insurers may have business objectives that differ from those of their clients. For one, they’re not always at risk for the cost of drugs — the clients are. Also, a PBM or a pharmacy department of an insurer gets a substantial portion of its drug-related profit from rebates.  These are payments negotiated with manufacturers that return, via the PBM or payer intermediary, a percentage of the drug’s price to the payer — for example, to an employer that contracts with a PBM or an insurer.

Here’s a simplified version of how these rebates work:

To get the business, the PBM or plan typically guarantees a minimum rebate on every prescription, say $60. On a $300 script, that’s a 20% net reduction in the cost to the employer (final price: $240). As an incentive for the PBM or plan to negotiate even harder — maybe get a 30% rebate (in this case, another $30) — it often takes home 30% to 50% of anything above the guaranteed rebate. In this example, if the split were 50/50, the employer would pay $225, net, for the prescription and the PBM would get $15. Not a bad deal.

In the old days — maybe five years ago, when most prescriptions ranged from $200 to $400 — rebates worked to the employer’s advantage. But for a specialty drug, costing say $50,000, a rebate of 20% means that the employer pays a net $40,000 and the PBM pockets $10,000 (plus other fees for processing and, sometimes, for handling the prescription through a specialty pharmacy division). Meanwhile, the $60 guarantee becomes meaningless. 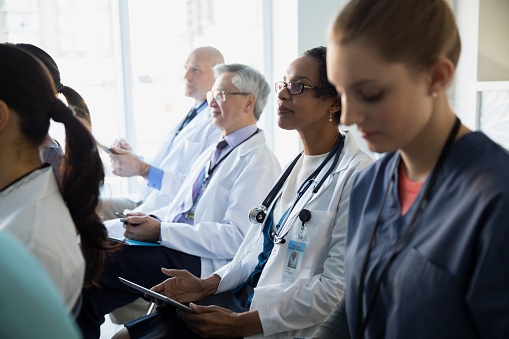